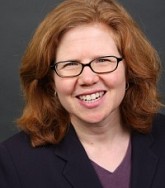 Rebecca Dinwoodie (formerly Rebecca Flynn) joined the Wayne Morse Center for Law and Politics in 2011. She has deep experience in both law and politics, having been an organizer and staff member for numerous grassroots organizations, most recently Basic Rights Oregon and previously the ACLU, the Human Rights Campaign, Green Corps and the Endangered Species Coalition. Rebecca has a JD from Harvard Law School (2003) where she was editor of the Civil Rights-Civil Liberties Law Review. After law school she clerked for Justice Robert D. (Skip) Durham at the Oregon Supreme Court and worked in the Oregon Department of Justice as general counsel to state natural resources agencies.

Ellen Herman, professor of history, joined the Wayne Morse Center as codirector in 2016 after serving for several years on its advisory board. She is the author of three books that explore the relationship between politics, policy, and the human sciences in modern U.S. history: The Romance of American Psychology: Political Culture in the Age of Experts (1995), Psychiatry, Psychology, and Homosexuality (1995), and Kinship by Design: A History of Adoption in the Modern United States (2008). She has served as University of Oregon Vice Provost for Academic Affairs and held fellowships from the American Council for Learned Societies, Harvard Law School, and Radcliffe’s Institute for Advanced Study and was also the recipient of a major research grant from the National Science Foundation Program in Science and Technology Studies. Her experience with engaged scholarship includes participating in a series of historians’ briefs that accompanied many state-level same-sex marriage cases as they made their way through the federal circuit courts after 2010. The brief these historians submitted in Obergefell v. Hodges was cited in Justice Kennedy’s majority opinion and helped to make marriage equality a national reality in 2015. Her current research explores the history of autism. 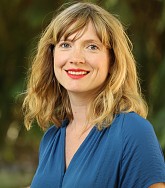 Abbie Stillie joined the Wayne Morse Center for Law and Politics in 2009. She manages fundraising and communications for the Wayne Morse Center. She has a B.A. in Journalism from the University of Alaska and an M.S. in Literary Nonfiction from the University of Oregon. She was previously a newspaper reporter at the Fairbanks Daily News-Miner in Fairbanks, Alaska, and serves on the board of the Eugene Science Center. 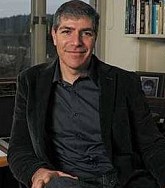 Dan Tichenor, Philip H. Knight Chair of Political Science, joined the Wayne Morse Center in 2008, and directs the Public Affairs Speaker Series and the Wayne Morse Scholars program. He has published seven books including Dividing Lines: The Politics of Immigration Control (Princeton), The Politics of International Migration (Oxford), and Rivalry and Reform: Presidents, Social Movements, and the Transformation of American Politics (Chicago). His research awards include the American Political Science Association’s Gladys Kammerer Award, Jack Walker Prize, Mary Parker Follette Award, Polity Prize, Charles Redd Award, and Emerging Scholar Award. His work has been supported by the National Endowment for the Humanities and various foundations, and he has been a Fellow at Princeton’s School of Policy and International Affairs, a Research Fellow at the Brookings Institution, the Abba Schwartz Fellow at the John F. Kennedy Presidential Library, a Research Scholar at the Eagleton Institute of Politics, and was named to the inaugural class of Andrew Carnegie Fellows in 2015. He is the recipient of the A.J. Ersted Award for Distinguished Teaching and the 2020 Williams Fellowship for “exceptional and innovative teaching.”  He has testified and provided expert briefings to Congress on immigration and refugee policy, and provided commentary and essays for National Public Radio, The Atlantic, The Washington Post, The New York Times, The Utne Reader, and The Nation. His forthcoming book, Democracy’s Child (with Alison Gash), explores the activism and influence of young people in our political life. 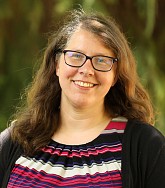 Christine Waite has managed finances at academic institutions for more than 20 years. After working as a research technician for neuroscience laboratories at Rutgers and Massachusetts Institute of Technology, she migrated her grant management skills to financial administration positions. Prior to moving to Oregon to be near family, she managed finances at New York University’s Center for Cosmology and Particle Physics, and Department of Nutrition, Food Studies, and Public Health.